Looking at the infamous Double-Barreled Cannon on the lawn of City Hall in Athens GA, it is easy to imagine the type of destruction its creator envisioned. In imagining it, it is quite the relief that his vision was never realized. Still, this relic from the American Civil War is a site to behold. In this episode of Stories, Secrets and Sagas, we tell you its story, from John Gilleland’s vision to its epic testing and ultimate failure.

Fun Facts About the Double-Barreled Cannon 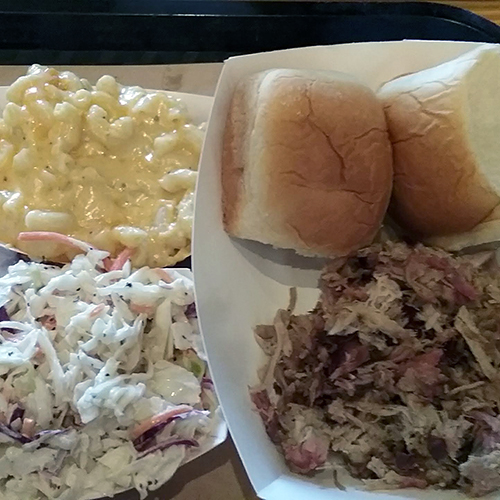 Where to Eat in Athens GA

After a day of filming in Athens GA, we were craving barbecue, and, man, were we in luck! Saucehouse Barbecue was exactly what we needed. Each of us was able to completely customize our meal depending on our tastes. They have a variety of meats and homemade sides served on everything from baked potatoes and nacho chips to Hawaiian rolls and rice. Saucehouse also has 9 mouthwatering homemade sauces to suit even the pickiest barbecue enthusiast. The atmosphere was friendly, the music was fun, and the service was everything you hope from a barbecue restaurant in the South. We will definitely be back for more. The next time you’re in Athens GA, stop by Saucehouse and tell them that Stories, Secrets and Sagas sent you!

During the Civil War in Athens, Georgia, there was a creative dentist known as John Gilleland. Dr. Gilleland had many talents other than dentistry. In fact, he was a skilled builder and mechanic and had an invention that he felt could end the civil war. How? By increasing death and destruction of course.

Dr. Gilleland devised a method to increase the maiming and casualty rate, thus getting the whole messy war over with much quicker. By creating a double-barreled cannon, which fired two cannon balls connected by a chain, the result “would mow down the enemy somewhat as a scythe cuts wheat.”

What a lovely thought! So, in essence, lets leave more boys maimed and wounded by severing them in half by this new invention. Thankfully, it was a complete failure.

Researching more, I learned that on April 22, 1862, this new invention was tested. Two wooden posts resembling what would be marching soldiers were aligned in front of the cannon. The fuse was lit, there was a large explosion and out flew the two cannonballs. But, casing imperfections and unequal amounts of powder caused the two balls to fly in different directions, whirling off course and missing the target completely.

Witnesses reported that the two cannonballs plowed up about an acre of land, tore up a nearby cornfield and mowed down some small trees. On the second test, a thicket of young pines was destroyed. And finally, on the third and last test, the chain snapped right away with one ball tearing into a nearby cabin and the other striking an enemy cow, killing it instantly.

Believe it or not, Gilleland considered these results a success! He petitioned the arsenal at Augusta, Georgia, and when they turned him down he tried other military leaders around the area. But all in vain.

The cannon did get some use during the Civil War. On July 27, 1864, it was fired as a warning that Union troops were advancing on Monroe, Georgia. This was a false alarm though, and after that, the cannon was put away for good.

Today, it sits here in front of the City Hall in Athens, Georgia. A reminder of the past, an epic failure and the savagery of war.

We’ll see you next time on Stories, Secrets and Sagas.

Check out our interview with Dacre Stoker!